The church is finished....so we put it to good use with medical care, emotional care, and eternal care.

Yesterday was a busy, busy day at the church building site.  Three projects were going on simultaneously.  Mr. Ryle and the guys completed the roof of the new church. 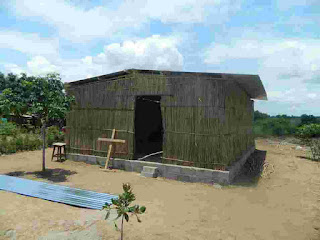 As they were doing this, many of the local people were arriving for the medical clinic.  Once the team of doctors and nurses from Holland arrived, Mrs. Castelli and Mrs. Weidemann got down to business.  They were the first point of contact for those who came.  They took and recorded the blood pressure, pulse, and weight of the people.  Then through a translator and their own evaluation, they recorded the patient’s physical problems. 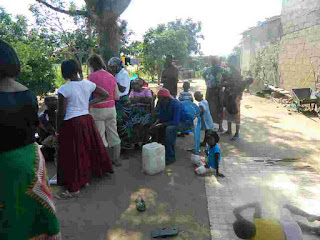 The patient was then sent on to the doctors to be diagnosed.  They then went to the pharmacy- boxes of medications in the back of a car that were dispensed via a nurse.  The final station was to come for prayer for healing with Tim, from Holland, and myself.  A young Mozambican girl named Lyria was our translator.  It was a privilege to talk with each person about Jesus and to pray for their needs.  It was humbling to see ill mothers who had many needs of their own ask for prayer not for themselves but for their children.  God touched each person as they were prayed for, but one in particular did stand out.  An elderly woman had blurred vision.  We could see that her eyes were cloudy.  We prayed over her for some time.  When we finished, I thought she was crying because she kept her head bowed and was rubbing her eyes like they hurt.  Yet she raised her head with the biggest grin.  Through our translator, Lyria, she shared with us that she could see more clearly. We could physically see that her eyes were clearer.  Praise God!  Another blessing was that again and again people shared how happy they were that they now had a church to attend and said that they would be worshipping there!  As the guys were hammering, the medical team was diagnosing and healing, the girls were managing the crowd of children entertaining them with balloon animals, string bracelets, and face paints. 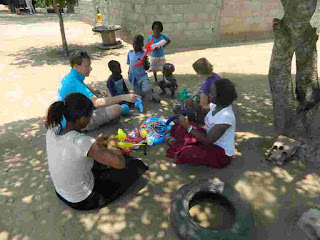 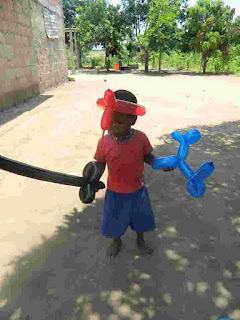 The children were all overly exuberant in their joy at receiving such special treatment.
Later in the day, the medical team took a break to offer an impromptu church service.  I was out running people around and doing errands, but returned in time to catch the end of it.  As Mr. Ryle and I pulled up, the Mozambican men had taken it upon themselves to finish off the last bit of concrete on the back of the church floor and the step up into the church- doing this right while the service was being held!  Mr. Ryle jumped in and joined them.  I went in as the Word of God was being shared with the people.  Men, women, and children sat on plastic chairs, cement blocks, and grass mats listening intently to Tim share. 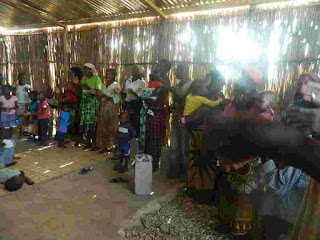 At the end, he asked for anyone who wanted to accept Jesus into their lives to come forward.  Two women, two children, and one man came and knelt on the concrete floor before him where they received prayer.  How awesome our God is!  He didn’t wait for the church to be officially dedicated or even completed before He started working in the hearts of the people!  These people were hungry to receive their Savior and they did! 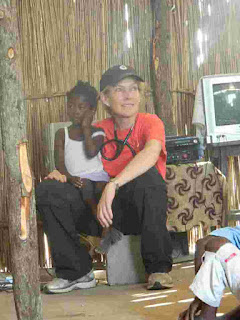 After the service, there was lots of picture taking, hugs, and fond farewells as we left with the exhausted medical team.  We then enjoyed a chicken dinner at Tubiakanga before coming home to again drop into bed… well some of us…these girls love to giggle and talk! 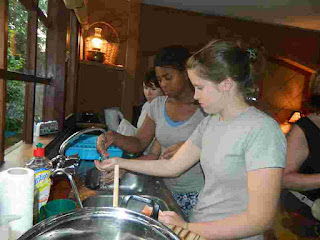